There are a lot of great skiers in Teton Valley. I am not one of them.

I was reminded of this recently as I “tomahawked” through a no fall zone, cartwheeling my way toward a 300+ foot cliff and certain death. 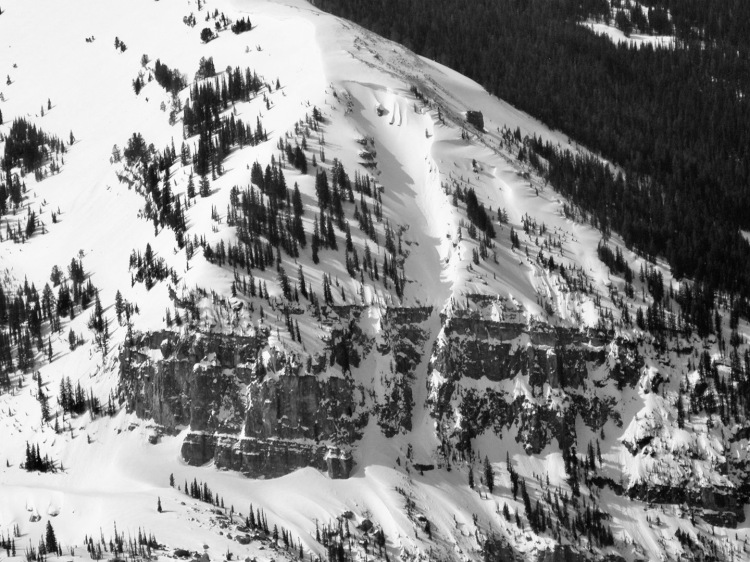 Falling skiers left of Shady Lady Couloir is not recommended.

Looking back up the mountain, the bug-eyed, slack jawed expression of helplessness and terror I glimpsed on my ski partner’s face moments after I self-arrested filled me with a mixture of emotions. Bursting with endorphins and euphoria, I was overcome with joy to be alive.

First, I chuckled like a giddy schoolboy who’d just stolen liquor from his parents. Then, after carefully navigating the face to a safe area, I took a moment to fully bask in the horrific amount of misery I had just put my best friend through and I laughed even harder.

What was dramatic for me, was truly traumatic for him.

On the skin out to safety I thought about a lot of things. Things I’d like to do. Places I’d like to go. Who I’d like to be. But mostly I thought about telling my friend that it wasn’t his fault. That if I were to die, he shouldn’t carry a burden of guilt, not even for a single minute. That I was there of my own volition and I alone was to blame… but instead, I said nothing.

A week prior, while skiing in the park, I ran into a member of the Jackson community who lost his best friend while skiing together in the mountains. His face was tanned and weathered like a perfectly worn saddle. He was touring alone. On a “solo mission” he said, while standing beneath the sheer granite cliffs of the Teton Range that had once claimed his best friend.

Unlike myself, his partner never got the chance to say what every backcountry skier would give their final breath to relay to their partner:
It’s not your fault my friend. It was my decision. Don’t waste a single minute feeling guilty. I alone am to blame.

I can only hope, whether by way of a gentle wind or a faithful friend, he has already heard these words and taken them to heart.

One thought on “Final Thoughts”