We are not the sum of our past experiences. We are the sum of the emotional memories we’ve crafted from those events. It’s our interpretation of the past that defines our present and ultimately shapes our future. Feelings dictate thought. It’s how we feel, rather than what we think, that determines our actions. The body processes our emotions, not the brain and thus we must open our hearts before we can ever hope to change our minds. 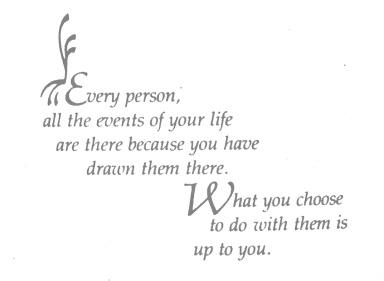 The first time I saw her she was sitting on a curb doubled over in agony from menstrual cramps. It was SAT day and she had just popped 1200 milligrams of ibuprofen. She was a hot mess and we became fast friends.

Six months later we were heading south at 100mph in my cherry red Toyota Corolla 5R5 hurling towards our college orientation. I was in a hurry to be someone new.

Later that day during orientation we were instructed to write one word on our name tag that best described ourselves. I wrote “BOLD” IN CAPITALS and stuck it in the middle of my chest. I remember the professor looking at it perplexed, raising her eyebrows and saying, “really” which of course made me REALLY insecure.

That night I spent a dime at Nickel Draft Night before walking up to the prettiest girl in the bar and screaming, “So, what grade are you in?” over the blaring music. “This is college. We don’t say that here,” she replied in equal parts pity and disgust. Mr. Bold took his leave.

They kidnapped me from my dorm room. I was blindfolded, stuffed in a car and driven to a shitty house on the edge of town. I was “forced” to drink warm Mad Dog 20/20, Colt 45, Schlitz, red wine and champagne and I was fucking psyched to do it. I puked all night and was inducted as a fraternity pledge the next day.

I failed every pledge test possible and was nearly blackballed by the brothers multiple times, but somehow squeaked my way through making some of the best friends of my life in the process. Hell week was hell and that’s all you need to know, because I consider myself a brother to this day.

A couple months later I was the one doubled over in agony.

I remember climbing her dimly lit stairs before everything went black. When I woke up on her doorstep I was sobbing uncontrollably. I’d been there for hours, curled up rocking back and forth.

That night, my best friend told me she had been raped by one of my fellow brothers at my fraternity house. She explained it to me in detail. I remember every nuance to this day. I’d tell you, but you don’t need that shit in your head.

She was holding me when I woke up. She was consoling the inconsolable. There was nothing I could say to her. All I could do was cry. Then she swore me to secrecy.

The pain of having my best friend raped…

(the girl I told everyone was my sister because we were so inseparable that everyone assumed we were dating, the girl who took me under her wing and actually made me bold by pimping me out to all her friends, the amazingly beautiful girl I could sleep next to without getting aroused because I so completely loved her that I wanted absolutely nothing from her)

…was magnified exponentially by being sworn to complete secrecy and begged not to take action. From there, pain invited shame and things began to twist.

My brothers started thinking I was psychotic as I became angrier and more protective of her in the months and years to follow. “Don’t even look at Morris’ sister,” became a running joke that drove me to madness.

I switched colleges for a year – joined the boxing team, lifted heavy weights, got prison mean and returned thirsting for blood.

A few weeks later I stood alone in a dark room seething vengeance, screaming, “bring him to me” like a crazed animal…

But when the doors opened my first instinct was to talk, rather than fight. I needed to know why? I needed him to admit it. I needed to understand. When he denied it repeatedly I started describing the events of the rape to him in detail. He threw the first punch and we crashed to the ground smashing a window in the process.

Instantly the doors burst open and the brothers rushed in to pull us apart. I can testify with absolute certainty that murder was averted that night. Rage is all consuming. When it grabs you, you become one.

That anger and guilt tainted the soil from which my story has grown. It’s the beginning I never wanted and the end I fear most.

Two decades, fifty countries and a busload of breakups later I’m laying prone on the ground with my head facing a bunch of Tibetan sound bowls, metal gongs and weird shaman shit. A serious faced woman dressed in all white stands before me explaining the power of Sacred Geometry Meditation. I focus on my breath, trying to clear my mind of; “this.is.total.bullshit, ur.a.cooky.n.spooky.lady, i.hate.math…” and I close my eyes.

Ninety minutes later I awoke from a dream.

Somewhere in the vast uncharted universe that exists within each of us, at the beginning before our beginning, I hugged and forgave that motherfucker.

Then I paused, savoring the most liberating breath of my life and thought, “Now you just have to forgive yourself.”

We all tell ourselves stories that come to define us. They serve as the foundation of our identity, but rarely do they serve us. We cling to them mightily when we should shed them expediently.

Everyone has the power to rewrite their own story, to choose their own reality. I chose to hate a man that day rather than learning to love and care for a woman – and it’s defined me ever since. It’s the reason I must rewrite the beginning before my beginning.

It’s the reason I seek the source.

A week later I’m sitting in a circle with forty strangers. The guru jokes that he’s making us hold hands to keep us from running out the door once things get going. Everyone laughs. Turns out, he wasn’t joking.

I had to stop before the last breath cycle. I couldn’t feel my arms or legs. A corset of energy surged from my stomach, strangling my chest. My hands seized violently as if I were a star falling in on myself, creating my own black hole.

Panicked I worked to slow my breath, willing the energy to subside. As I came down I started to cry. Not for any one reason, but for every reason.

Ten minutes later I pulled myself together and made it to the door, only to collapse outside in the common area. This time I really started to cry. I’d made it to the root of my sadness, gasping for air as waves of despair washed over me…

and then I started to laugh.

Hard. Real hard. Not like a mad man, but like a child being tickle-tortured for their first time.

I’d set my pain aside and I was laughing hysterically in the face of everything that’s never served me. My stomach cramped as I snorted and jerked wildly – kicking and writhing like a delusional weirdo for twenty magnificent minutes.

All I could think was, “It’s all such bullshit. The past doesn’t matter,” as I forgave everyone who ever hurt me and gave thanks to all I love so dearly.

I rose to my feet, weightless, like a man who just shed a backpack filled with granite – and immediately checked my chest for the dull pain that’s been my companion for the last twenty years… and that miserable heartache was still there waiting, faithfully as ever.

“Fuck,” I thought. “You’ll never truly love anyone until you learn to love yourself.”

You can plant all the seeds of change you want, but healthy new beginnings only flower when planted deep in the soil of self-love.

And yet, this too is just another carefully crafted story.

It’s titled, The Illusion of My Sorrow.

Perhaps you’ve written it before.